How Safe Am I From an IoT Attack at Home and Work?

As convenient as our interconnected world has become, it has also made us vulnerable to an attack from hackers wanting to make a quick buck. Internet pirates are targeting defenseless networks with the sole purpose of hijacking our personal devices for use in their criminal activity. 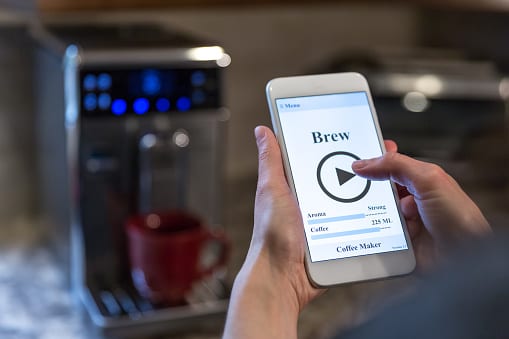 The Internet of Things (IoT) is changing how we live our day-to-day lives both in our personal lives at home and our professional time at work. From a doctor’s visit, installing a home security system, and paying our utility services, we have to adjust to this new way of functioning to make sure our information is safe from attack. A recent Gartner (the world’s leading research and advisory company), survey states that 20 percent of individuals and businesses have had one or more IoT-based attacks in the past three years.

What Exactly is the Internet of Things (IoT)?

The “Internet of things” (IoT) has quickly become a buzzword thrown around in the business world and independent of it. It has the potential to influence how we live at home and also how we operate in the workplace. Because of the complexities that surround the Internet of Things, let’s try to break it down to a simple understanding.

The Internet of Things is the concept of linking a device with the Internet or another device. What this means to you is that the IoT encompasses a lot of the stuff you already use each day: cell phones, TVs, laptops, microwaves, etc. Also, as each day passes by, we are encountering the IoT in the basic gadgets we have relied on for years: coffee makers, washing machines, headphones, and refrigerators. If you are flying on a passenger plane, the jet engine of an airplane is being operated and maintained through the use of the IoT. Gartner claims that by 2020 there will be an estimated 26 billion connected devices in use.

How Does the IoT Impact Me?

With so many devices connected to the internet, it’s easy to understand why the IoT is such a hot topic in our world today. With the IoT, security is an issue that is oftentimes immediately included in the conversation; and rightly so. With all these devices connected together and vulnerable to hackers, what can you do as a consumer to make sure that your information is safe? Will someone actually be able to hack into your microwave and obtain access to your whole network? The IoT also opens up homes and businesses to security threats unimagined even ten years ago.

Can My Smart Appliances Really Give Away My Information?

Kellyane Conway, former Trump spokesperson was quoted in an interview with the Bergen Record in 2017 that microwaves can be used as spy cameras by government agencies. She said this concerning allegations from President Trump that President Obama wiretapped the Trump campaign. Although microwaves don’t seem to have these spying capabilities yet, we do know that televisions do. In CIA documents released by Wikileaks, it came to light that some models of Samsung televisions were hacked by the CIA so that they could eavesdrop on conversations taking place in households the CIA deemed suspicious.

Television companies have also admitted that Smart TVs have the power to spy on the users watching habits as a way to help the manufacturer understand how to better reach their consumer base.

How Can I Protect Myself From Cyberattacks Launched Through The Internet Of Things?

What can you do to protect yourself when using all these new smart devices? Here are some strategies you can implement to keep your family and business safe:

Does Your Nashville IT Consulting Company Protect You From Spear-Phishing?

Your Nashville IT Consulting Company Should Help Protect You From Spear-Phishing In comparing September 2018 with September 2019, Microsoft researchers…