How Can WPA3 Protect Me From Hacking?

WPA3 is an improvement to WPA2 security, which is still commonly used after having made substantial improvements over WPA. It is expected to better protect users from software hacking. In partial development for approximately 10 years, this improved form of security allows users to experience the benefits of additional features. These features include a wider range of settings, a more complex authentication system, and improved encryptions. 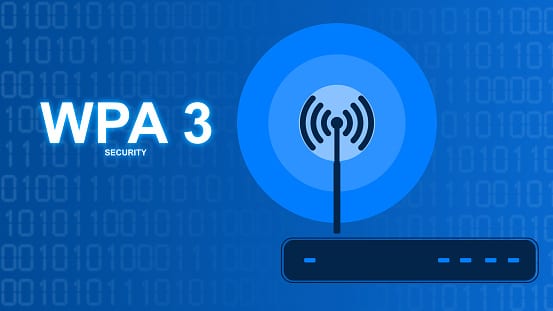 The recent integrations in security have included two versions, a WPA3-Personal version and a WPA3-Enterprise version. Both forms have been updated to include ongoing security improvements for the version. This involved removing legacy protocol and mandatory use of Protected Management Frames (PMFs) that have controlled resistances in networks used for operations. The personal version uses a new processing method referred to as Simultaneous Authentication of Equals (SAE), which secures connections between two devices while challenging external efforts to discover passwords.

The enterprise version provides 192-bit encryptions, higher than the enterprise version, and applies more cryptography tools than previous versions. As the software has only recently been developed, it has been integrated to some extent, but ongoing integration is expected to parallel increasing requirements for its use. This will challenge the current efforts of hackers. According to WiFi Alliance, the security improvement will be the standard for devices labeled as Wi-Fi Certified.

How Can It Better Protect Me From Hacking?

An improvement over WPA2 with increased encryption and tool application, many efforts of current hackers are expected to be again stunted without serious adaptations and improvements on their end of security demands. According to the New York Post, recent improvements in the way hackers operate have allowed them to violate users without waiting for a network connection. This improves their capacity to breach additional security and access information. However, WPA3 is expected to better protect users from both external and internal attacking.

Wired reports 9 billion Wi-Fi devices used worldwide, leading to one of the greatest security demands in computer software. This created the demand to improve WPA2 in terms of both connection security and addressing security challenges in user functions.

WPA3 development has been supervised by the Wi-Fi Alliance, and the organization does not expect WPA3 to be commonly used until the end of next year. WPA3 is also expected to lead to an increase in free connection use, improving the safety of organizations willing to extend access without any charge or subscription to a membership. The upgrade will provide substantially improved security specifically over dictionary attacks by using improved protocols for key exchange. While WPA2 uses a four-way connection between access points and clients, WPA3 will use SAE to avoid WPA2’s vulnerability to key reinstallation attacks (also referred to as KRACKs). This reduction in dictionary attacks is further supported by a system that safeguards traffic that occurred before a hack, restricting hacker access to information after an account has been breached.

Other benefits of WPA3 can improve some areas of network and business securities. WPA2 currently allows people on a public network to observe user traffic while leaving users vulnerable to ‘middle man’ attacks and data tracking. WPA3 uses encryption connections without demanding additional credential information, and its encryption (referred to as Opportunistic Wireless Encryption) can protect users and organizations. Nonetheless, it is considered to be an investment that has significant cost to organizational operations. Business managers may not be inclined to spend more for better technology.

The timeline for mainstream integration is expected to span over the next several years. As the first release was just in June of this year, it follows a 2006 release of WPA2 that also continued to be released over several years’ time.

According to SecurityIntelligence, organizations should expect approximately 18 months before devices begin to be commonly certified, followed by additional time in organizations investing in the technology. In addition to certified devices being the foundation of use, people with mismatched hardware may find that their routers are not compatible with WPA3 Wi-Fi connections. Some routers are expected to have preservation potential while being usable with these improved security devices and connections. Some will not be usable with the upgrades.

WPA3 is not expected to address all security demands in the current Internet of Things or IoT landscape. Threats that have their roots in compromised devices will not be protected in the use of connections made by users. This remaining vulnerability alongside WPA2’s generally safe nature have made many consumers hesitant to invest in the upgrade immediately now that it is available.

What Should I Know?

All You Need To Know About Microsoft Office Lens: Installation, Cost, and How To Use It   A recent study by…

Switching IT Companies in Nashville (Tips/Tricks)

Considering Switching IT Companies In Nashville? If you are reading this piece, you may be looking to switch IT companies…