Unless you happen to be a cyber criminal, ransomware is bad news. So for the rest of us who might have a run in with a cyber criminal who uses ransomware as a method for extortion, it’s important to know what to do and how to handle such situations. Thankfully, we’re going to provide such tips to stop an individual from holding your data ransom and how to prevent them from getting away with their crime. 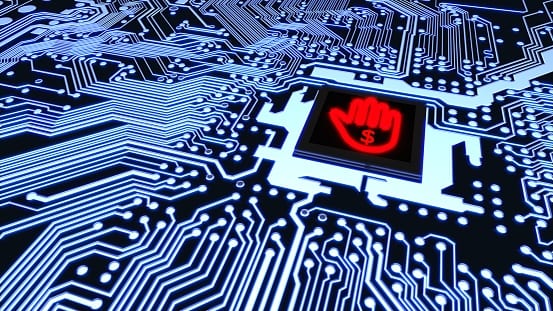 Ransomware is known as a form of malware that either blocks access to your files (via encryption) or holding your computer hostage. Once a person is infected with ransomware, they’re usually ordered to pay a ransom in order to retrieve their data. Since the ransom can usually range between hundreds or thousands of dollars, many individuals who are unprepared for such attacks end up paying the amount and suffer the financial setback – regardless if get their data after paying the ransom.

How Ransomware Is Spreading & Evolving

With ransomware finally receiving national attention on the news, it’s safe to say that it’s only evolving and becoming more common in the future. This is mostly due to the fact that cyber criminals are utilizing modern technology that make the most dangerous links seem completely harmless.

One specific ransomware strand that has been causing concern has been CDT-Locker. Being incredibly hard to detect, CDT-Locker is capable of hiding in files and going unnoticed by security software. To make them even more threatening, hackers have managed to get people to download such files by utilizing tricks that make them seem harmless. An excellent example would be a hacker (posing as your utility company) claiming that they are about to shut off your power if you don’t fill out a form. Another example could be a hacker utilizing social engineering tactics (to pose as a contact you know) to get you to click on a link via email.

To make matters even more bothersome, cyber criminals will even use newsgroup postings and social media to post their malicious codes. By taking advantage of human reactions, cyber criminals have no problem benefiting making money at another’s expense.

What To Do In A Ransomware Attack

There’s a few guidelines one should follow in the event of a ransomware attack. Such guidelines are:

However, if you have been backing up you files and information via the cloud or through physical drives, you won’t have to suffer such traumatic experiences. By having this upper hand in a ransomware situation, the cyber criminals remain powerless since they don’t have anything that you don’t already have in your possession.

So regardless if you happen to be a small business or a large corporation in Nashville, it’s important to back up your files to avoid such severe circumstances. Thankfully, Kraft Technology Group LLC is here to solve your problem. Since a few hours of backing up information on other platforms can save you hundreds of dollars (and time lost medicating headaches during the ordeal), preparing for such situations is one of the the best ways to combat and prevent the event of a ransomware attack. Contact us by info@kraftgrp.com or (615) 241-9233 today so we can save your business a lot of hair pulling in the future.