Communicating IT Concepts the Easy Way: What You Need to Know

A discussion of how to best go about taking complicated IT concepts and communicating them to your team in the right way.

The world of information technology is something of a natural contradiction. On the one hand, the resources that we depend so heavily on are designed to make our lives simpler, not more complex. They’re intended to allow us to work smarter, not harder. To do that, they need to be accessible to everyday people — both those who have devoted a lifetime of education to the topic and those who haven’t. 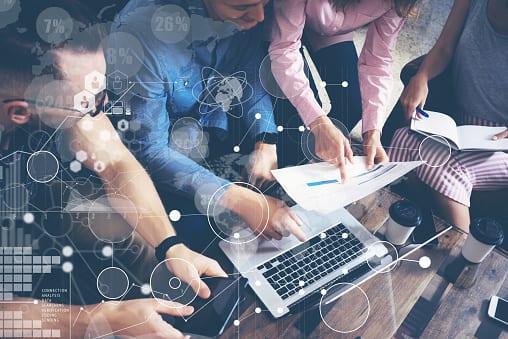 Yet at the same time, IT professionals find themselves awash in a world of highly technical terms and acronyms that describe incredibly complex subjects. Again, being able to properly utilize those IT resources requires an infrastructure that is aligned with your long-term strategy, but oftentimes this level of technicality can keep most people at a distance.

Luckily, communication skills will come in handy when operating in the IT space — just not necessarily in the way you may have thought. If you really want to learn how to communicate IT concepts in the easiest way possible to those who may not be experts, there are a few key things to keep in mind.

In many ways, the secret to effective communication involves knowing who you’re speaking to and adapting to their capacity — regardless of whether you’re talking about IT, science, mathematics or some other complicated topic. If you’re speaking to a tech-based audience, naturally you would be able to get away with some of the jargon that keeps others at a distance.

If you’re speaking to a non-technical audience, put things in terms of what they can do, not what they are. For example, don’t talk about the finer points of a server, breaking down the detailed technical specifications as precisely as you can. Talk instead about what that server does — how it changes their lives, makes things easier and the very real value that it provides. Your audience may not know how a server works at the end of your conversation, but they will know how it is about to change their lives and why it is so important.

Get Comfortable With Metaphors and Analogies

One of the best ways to take complicated IT concepts and distil them down into something more easily accessible for novices is to use metaphors and analogies when explaining certain key ideas. If you were trying to tackle a topic like the internet of things, for example, you wouldn’t necessarily describe the billions of connected devices that are designed to make up this concept over the course of the next few years. You wouldn’t talk about complicated sensors and other elements all creating, sending and receiving data among themselves at all times.

Instead, you might focus in on something that is a point of reference in their lives — a more easily accessible idea like a thermostat that automatically learns your schedule and starts adjusting the temperature of your home based on the time of day and when you’re going to get home from work. Start simple with something that matters to them and build out to the broader and more complicated implications of the concept from there.

Explain, Explain and then Explain Some More

Another helpful way to explain complicated topics to non-IT people — which also works for explaining any other highly technical idea — is to get to the same destination in as many different ways as you can. Remember that everyone is a little bit different. Some people grasp new ideas right away, while others will require a bit of extra love and care.

If there are two different ways to explain something, don’t pick one or the other. Instead, use both. If there are eight different ways to explain an IT concept, that’s even better. Though it may feel like overkill to you, remember that you’re the one who already grasps the concept — not the person you’re speaking to. At some point, something is going to stick and both parties will be much better off because of it.

Lean Into Pop Culture to Make IT Sound Fun

Finally, another useful way to take a complex idea and present it to a non-technical audience is to rely on pop culture and other types of references to make it memorable, relatable, and most importantly, fun.

Think back a few years ago to the debut of the iPad. Though Apple’s tablet may seem commonplace today, it was a totally foreign concept to many people when it originally debuted. A lot of people didn’t really understand the broader implications of it or what allowed it to be more than just a giant iPhone.

Explaining how a tablet fits into your workflow may be difficult when someone has just, minutes earlier, learned what a tablet is, but with pop culture you can do the next best thing. What is an iPad if not one of the communicator devices from Gene Roddenberry’s sci-fi classic “Star Trek”? Or how about that scene in “Minority Report” in which Tom Cruise is hiding on a subway train and he spots a man reading a digital newspaper that he’s controlling entirely through touch?

Points of reference for modern day IT concepts and items exist all throughout popular culture. You should try to use them as a bit of a “common starting point” whenever you can. If someone understands your pop culture reference, terrific — you now have something to build from to introduce them to the more technical IT concepts with relative ease.

IT concepts can often seem overwhelming and insurmountable — but if you approach things from the right direction, getting everyone on the same page doesn’t have to be nearly as difficult as certain people often make it. If you’re in Nashville and would like to find out more information about these or other essential IT concepts, please don’t delay. Contact Kraft Technology Group today by phone at (615) 241-9233 or by sending an email to info@kraftgrp.com.

Do You Share The Same Ransomware Vulnerability as Knoxville?

Knoxville Hit By Ransomware - Do You Have The Same Vulnerability They Did? The city of Knoxville is the latest…